Leadership is about so much more than KPIs and performance.

Derek Bruce has recently joined DSM as Global Lead, Performance Management and Learning Strategy. In this interview with iVentiv, he talks about the skills that leaders need in 2022 to make sure they can support individuals in the way they bring themselves to work. He talks about mindfulness, succession development, and especially purpose. These are the skills that Derek says are going to be especially important going forward, and he gives his advice on how to go about it.

What are the skills that leaders need in 2022?

Looking at the last two or three years, Derek says, "leadership as a skill and as a role has really changed". The key is how leaders manage performance. Derek explains that he doesn't mean performance in terms of KPIs, but in the way individuals bring themselves to work. Mindfulness, succession development, sense of purpose. "It's those kind of skills which I feel leaders are going to need going forward, especially with more synchronous and asynchronous working."

With virtual and remote working, Derek continues, "there's a need to reframe the role of leadership, but also make sure leaders and managers as well in the same context really have the ability to give their people a great employee experience as well."

That means coaching, communication and listening are key skills, "being able to articulate and also sense the non-verbal clues of their people as well".

You need to ask your people what they feel they're missing, Derek says. "It's not our role as HR to kind of think we know best. It's very much our role as HR to engage a lot of people, to engage with our leaders, to engage with the feedback, to engage in exit interviews and pulse surveys to see what people are saying they're really missing." Only then, he says, can you effectively support the business to fill those gaps.

Derek thinks that the instability of recent years might continue. That means constant change and it means leaders have to develop "human-centric skills", they have to manage ambiguity. That means creating psychological safety, but Derek advises against using that phrase. "I think it's kind of way too HR-ey," he says, "but managers need to be aware that people do come to work for a reason and a purpose." Managers need to be "aware that individuals have different nuances which make them grow and perform better as well."

For leaders, that means being authentic. "If people see leaders behaving in a way where they're being authentic, it allows employees to also think okay well if I see this happening in the organisation I feel safe to come and do the same thing."

Derek also spoke about DEIB. To be effective, he says, DEIB initiatives have to be aligned with performance development and succession. You do that by giving managers the ability to talk about individuals, hire them, and rate their performance without bias. Embed that within the process around performance management, Derek advises, "but also along the whole line of the employee journey as well".

When DEIB exists in isolation, with one person or team struggling to put new ideas into practice, it tends to fail. "What I want to do," he says, "is make sure it's embedded in what we do anyway, and actually then this is just how we work."

Beyond that, however, Derek says he still has "a bit of a butterfly stomach moment where I see lots, or I’ve seen lots of movement of roles, and lots of promises and commitments, but I also don't see lots of it changing." Whether it's gender diversity, age diversity, or race diversity, he reflects, "it's not getting bigger".

That's reflected in the "Great Resignation", or the "Great Reflection" as Derek calls it. "I think there's also people thinking if I am one of these people in this, in the diversity community, is this the right place for me? No, I’m gonna try something which may be better." But also, Derek says, "if I’m somebody and I see this kind of stuff not changing, it doesn't fit with my values, my purpose." If people don't feel they can grow and contribute, they leave.

What really works in performance management?

"I have a daughter who's 25," he says, "and I hear lots of things about different age groups wanting and not wanting certain things. What I think I’ve learned over the last couple of years is that it's not specific to a generational age group, it's specific to a mindset or age of mindset. I see people who are in their 20s and 30s in a traditional way of working and I see people in their 40s, 50s being very focused around working remotely, not being focused on organisations which don't align their values."

Derek thinks it's time to move "away from this labelling of generations and towards understanding that there are certain mindsets people have, but the person behind it can be different ages, different genders, different sizes, different whatever."

Derek Bruce is the Global Lead of Performance Management & Learning Strategy at DSM, alongside his activities at Derek Bruce Associates. Previously he was Director of Leadership Development at Signify. Within this role he focused on three areas; deploying business related centralised learning programs for leaders; providing
consultancy services to management teams and HR to address business needs and be the organisations strategic thought leader on leadership development. Derek is an expert in communication, having performed at a TEDX conference in 2019, spoken at numerous global conferences and seminars as a keynote speaker, and coached and taught presentational skills. He also has extensive experience in Internal Communications.

Derek is also the Founder of Derek Bruce Associates, an organisation started in 2018 which provides coaching and learning anddevelopment consultancy. He also initiatedand runs the Extraordinary Mentors Network, a mentorship program which provides Black people with pro bono mentoring. This is an extension of his focus on improving inclusion and diversity, which has included embedding awareness of the benefits of DE&I to HR and Business communities, working as a Lead Ambassador in previous organisations, which involved developing DE&I communities, and introducing processes and policies to support the move to more inclusive HR ways of working Derek is Myers Briggs Type II certified, NLP Master Practitioner, and a Scrum Master. Outside of work, Derek is married to Floriana who lives in Milan, Italy, and his passions are men’s fashion, riding motorbikes, playing, and watching football, films and travelling. 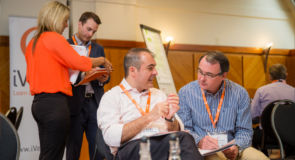 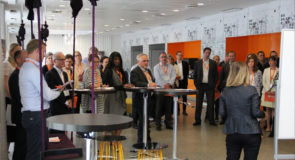 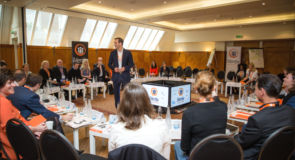 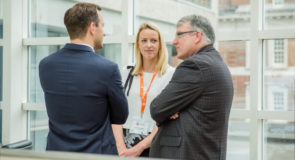